While I was in Kutch for the Rann-Utsav, there was no way I could have missed the beautiful Mandvi beach.

Mandvi is a city and a municipality in the Kutch district in the Indian state of Gujarat. It was once a major port of the region and summer retreat for Maharao of the Kutch State. The old city was enclosed in the fort wall and remains of the fort wall can still be seen. The city has a four-hundred-year-old ship building industry, which was started by the caste of Kharva that still builds small wooden ships. (Wiki)

It is about 56 km south of the regional capital, Bhuj. It is approximately 446 km from the major Gujarati city of Ahmedabad. Because Mandvi has no rail transport, the nearest public airport and train station is Bhuj. (Wiki)

If you are Solo, you can take a Bus from Bhuj, takes some 40/50 rs per head. For a group of 4-5, the low budget option is hiring a rickshaw. I was with 3 more and we wanted our own private ride so we ended up hiring a rickshaw from Bhuj.

I while be putting up a separate Post on Bhuj and Mandvi sightseeing, till then here is your tour to the Mandvi Beach!

This beach was definitely very worth a visit. The clean beach, with less people also offers water sports if you are looking for some adventure. There is good Pay and use Bath/Change rooms near to the beach for the public use.

The windmills are an attraction, take a little walk towards the windmill and you might end up being on your own private beach. Trust me!

While my mates tried the water sports, I had my own time going around the beach, watching the sun come down and enjoying the aloofness.

Below shot, I captured my three companions having their own time at the beach. First one closest to the beach don’t what he was searching, the second one photo-mad busy with his Camera, next to me another one like me probably.

On the way to Mandvi, is a beautiful temple 72 Jinalaya Temple, don’t give a miss. 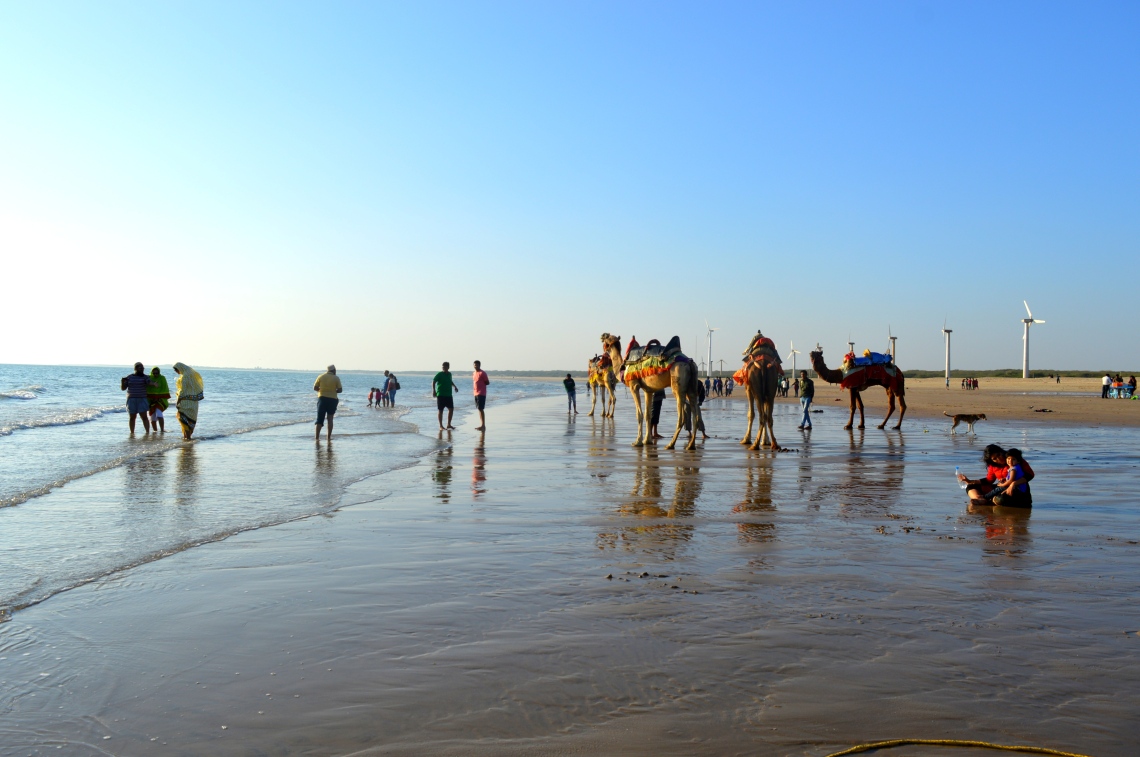 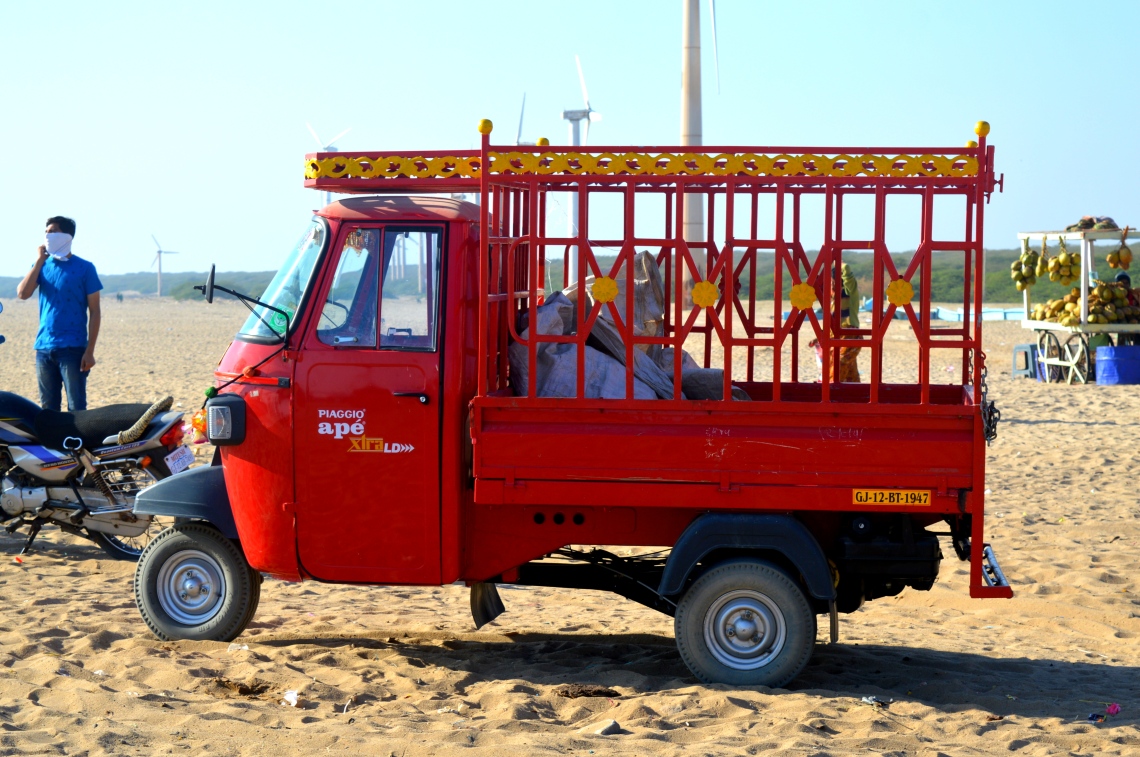 10 thoughts on “A Getaway to the most beautiful beach of Gujarat, Mandvi Beach”