Dharamshala, is one of the most visited places in Himachal Pradesh along with Manali.  A little suburb about some 4 km away is Mcloedgunj which is the home of Dalai Lama, is a paradise for travelers.

The place is hub to monasteries, temples, schools, and meditation centers. A large number of foreign tourists are attracted because  of strong presence of Buddhist culture.

The Dalai Lama established Tibetan government in exile at Dharamshala in 1960 when Indian government allowed him and his followers to settle here. The reason why the places is so close to the Tibetan culture.

Last year, I got a chance to spend a day here. After a 10 days of stupendous and tiring himalayan trek – Chanderkhani pass, that I did in May-2015, when everyone rushed to Manali for the Summit celebration, I chose Dharamshala and yes what a escape it was!

It was a tiring bus journey, I, along with one of my trek mates reached Dharamshala around 5 pm. Soon after checking in to our hotel, we rushed to the market, had some tibetan street food, explored the local bazaar and decided to go back to hotel and take some rest. After a good sleep, I got up early by 5 next morning and caught this sight from my hotel Balcony. I kept on gazing for some 20 minutes, what a bliss it was. I could not resist and took a solo morning walk to the empty roads. The view of the mountains from the hotels /restaurants will leave you mesmerized. 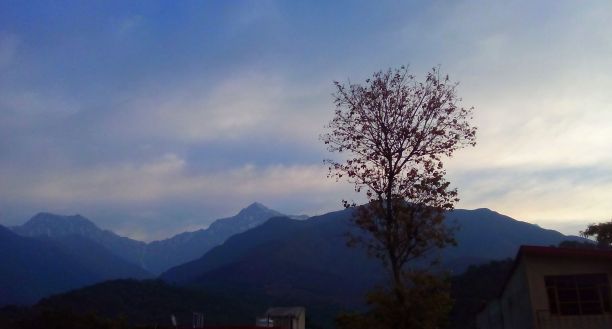 We decided not to run much, and chose to relax and chill. The Stadium was not be missed for sure, so the first thing was to reach the Himachal Pradesh Crictet stadium. Being a cricket crazy myself, I was always awe of this place whenever any matches were held here. I just could not stop looking around, the view of the fog and the mountains just behind the stadium made it look like a little heaven all painted in wonderful colors. The entire stadium is one colorful beauty with yellow, green blue, red colors. I always wondered what a beautiful tiny little stadium it looked like, placed between the mountains. 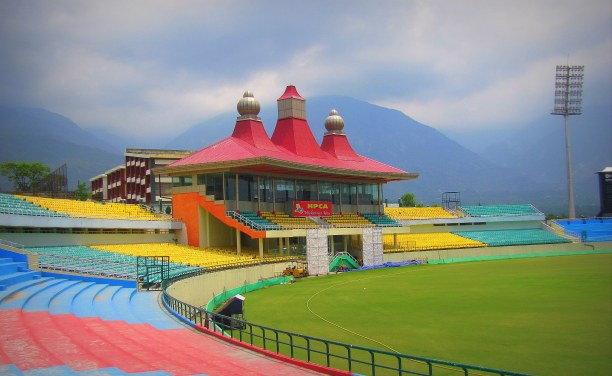 The Dalai Lama temple is a little walk through the market in Mcloedgunj. Make sure to get some chocolates, as that is what is offered in this temple to the Lord. You can sit some time and relax here which is serene and peaceful. 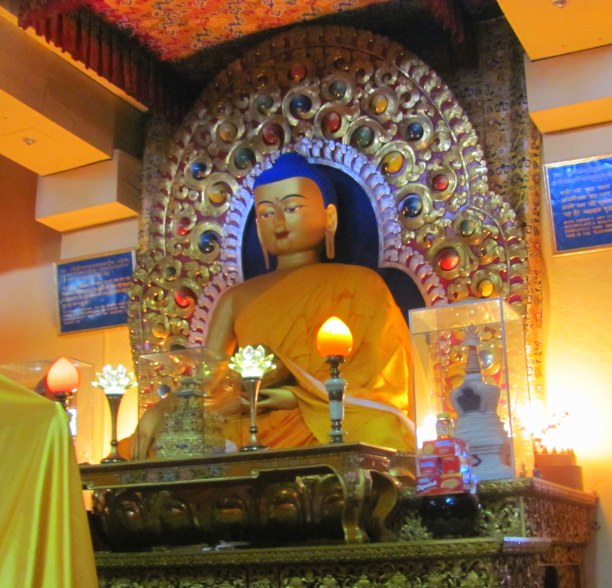 The market is a good one and you can pick number of souvenirs for your friends and relatives.

If you are here, try checking out the near by places:

Masroor temple :- A temple believed to be built by the Pandava brothers.

Triund :- A 9,000-foot ridge behind the Dhauladhar range, nine- kilometre trek for a day. This place is very popular amongst adventure lovers.